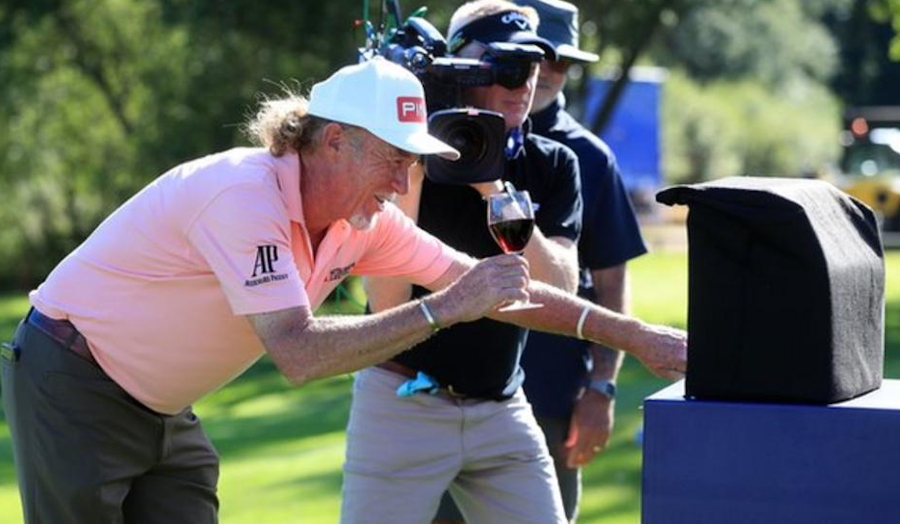 FOR some people stepping up to the plate to perform publicly when you are about to break an historic golfing record might be a little intimidating, but then maybe Spanish golfer Miguel Angel Jimenez is no ordinary person.

All eyes were on the 56 year when he teed off in the first round of the Hero English Open at the Forest of Arden Marriott Hotel & Country Club to break the record of 706 European Tour appearances set by Scotland’s Sam Torrance.

Jimenez had made Torrance’s record a goal and succeeded despite the coronavirus pandemic upending the European Tour’s 2002 schedule.

Jimenez made his Tour debut in 1983 and has amassed 21 wins, included setting the record as the oldest ever European Tour winner at 50 years and 133 days when he won the Spanish Open in 2014.

Since turning 50 Jimenez has been wreaking havoc on the US Champions Tour where he has nine wins, including two majors, and has been in recent great form in Europe… a couple of weeks ago he held the 36-hole lead at the Austrian Open before finishing in eighth place.

Jimenez is also known – and celebrated – for his colourful personality, including his ever present cigars, his love of red wine, and his eye-watering warm up routines.

So summing it all up maybe it wasn’t such a surprise that the Spaniard’s appearance in the first round of the Hero to break the record seemed like such a walk in the park on a sunny day. For Jimenez it obviously was.

Due to Covid there were no crowds to speak of, but the television coverage was littered with congratulatory video messages from golfing greats past and present, including the likes of Jack Nicklaus, Rory McIlroy and new world #1 and compatriot Jon Rahm.

Jimenez responded by shooting a bogey-free 8-under 64 to sit just two shots off the lead.

He walked off the 18 green to the applause of many of his fellow professionals, where a glass of red wine and a video link to Torrance was waiting.

“Eight under par with a beautiful summer day and especially on the 18th with all my colleagues clapping for me, it’s emotional.”

Commenting on his 32 years on tour, Jimenez said to him golf was a way of life, not a business.

“Golf is my life,” he said. “You never remember any bad moments.”