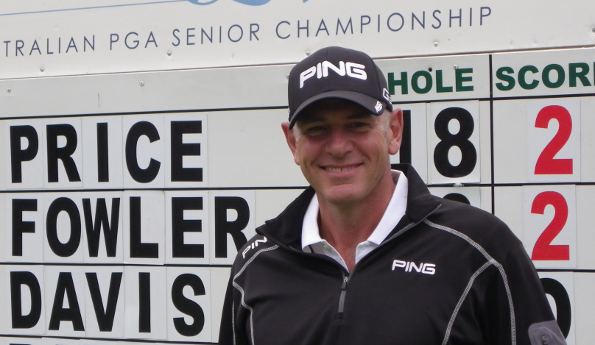 THE Australian PGA Legends Tour has been boosted with news naming sponsor E-Z-GO will continue their involvement at least to the end of 2013.

Augusta Golf Cars, via the E-Z-GO brand, has been the naming rights partner for the tour since 2007 and the new deal will help with the continued development of what is the major professional circuit for over 50’s golfers in Australia.

“The growth of the E-Z-GO PGA Legends Tour in the last five years has been wonderful,” Brian Thorburn, CEO of the PGA of Australia, said this week.

“It’s been a real testament to not only the strength of senior’s golf in Australia, but also to the support of Augusta Golf Cars through the E-Z-GO brand who have played a pivotal role in this development.”

Rebranded and relaunched as the PGA Legends Tour back in 2008, the Tour has grown from a humble domestic circuit to now traverse both regional and metropolitan Australia and New Zealand.

Last year the E-Z-GO PGA Legends Tour consisted of over 40 tournaments with close to $1 million in prizemoney on offer.

“Since 2007 the E-Z-GO PGA Legends Tour has provided us with a meaningful platform to connect with the golf community and we look forward to supporting the PGA’s Senior Tournament Professionals in 2012 and beyond.”

The E-Z-GO PGA Legends Tour is a regular tournament destination for some of Australia’s most popular older golfers.

The Tour is already underway for 2012 with 11 events completed to date and the NZ Senior PGA Championship being contested this week.

For the full 2012 E-Z-GO PGA Legends Tour schedule click the button below.