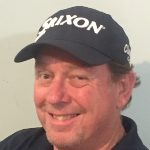 You know, it’s a fascinating exercise watching tournaments like the NSW Open. There are so many different yarns being played out amongst the lads and each is worthy of a lot more writing than I can afford to fit on this blog.

22 year old former Eisenhower Cup Representative Harrison Endycott celebrated his first anniversary of being a professional with 8 birdies and 10 pars to take a 1 shot lead into the weekend. The charismatic youngster from NSW told us he learnt a lot from his 12 week stint playing the Latino American tour this year. My first thought was just surviving 3 months over their without being kidnapped would have to place you in bloody good stead. I bet he never again complains about staying in a 3 star pub in Australia which doesn’t have a sub machine gun leaning against the door.

Victorian teenager Cameron John is easily the best dressed – and possibility my choice of “The lesser known bolter” – is just 1 back at minus 11. Cameron (which appears to be the Christian name required to become one of the best young players in Australia) has only played 9 events since turning pro and has been in the top 10 five times!

Moving down the board and up in age a bit is… who would have guessed? – Matty Miller. Talk about a permanent fixture on Australian leaderboards. Matt shot over par one day and went straight to the rules officials’ to find out if there was some kind of fine applicable.

Also 9 better than the par here at Twin Creeks sits, maybe the story of the day. Back in the mid-noughties Mark Hensby was once one of the top players in the world with wins in Europe and US plus a 3rd place in a US open followed by a fifth in Masters and selection in the Presidents Cup Team. A car accident at his peak saw his career  derail and tumble completely off the charts. If that wasn’t bad enough a misunderstanding when asked to supply a wee wee sample during the Sanderson Farms Classic had the US PGA Tour officials mistakenly deciding he must be on the juice and they banned him for a year!

A win for Hensby at Twin Creeks could see the popular and fascinating Aussie back in the saddle and again a force to be reckoned with.