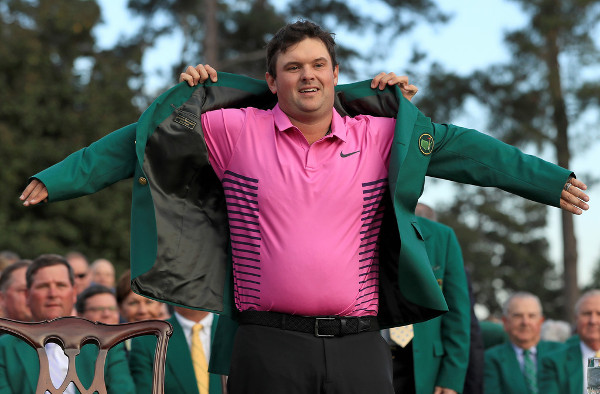 AT home they call him “Captain America” but internationally there have probably been some much more colourful nicknames applied to the controversial golfer that is Patrick Reed.

Whilst his enthusiastic Ryder Cup and President Cup performances may have impressed many in the US, internationally he’s probably still best known for his “I am a top five player in the world” comment after just his third pro tour win – and never having even played in a major at the time.

Then there was his fondness for wearing a red shirt in the final round of tournaments – a habit that irked many, particularly after in the same comments he had already compared himself to 14 time major winner Tiger Woods.

“I have three wins on the PGA Tour,” Reed said in 2014 after winning a WGC event. “I truly believe that I am a top-five player in the world.”

“I don’t see a lot of guys that have done that besides Tiger Woods and the legends of the game. I believe in myself, especially with how hard I’ve worked. I’m one of the top five players in the world. I feel like I’ve proven myself.”

Reed was also mired in controversy about his alleged actions during his college golfing days.

Well on Sunday at The Masters the 27 year old may have moved a bit closer towards being able to make that claim of having “proven” himself.

His first really good golfing decision – especially with the real Tiger Woods in the field – was to wear a pink based Nike shirt rather than a red one.

And while there may have been a few “F” bombs during the tournament, on Sunday, especially with the added pressure of being within grasp of his first major victory, Reed deported himself quite well.

In Butler Cabin, he donned his new Green Jacket with due humility, and said all the right words.

In five visits to the Masters Reed had never bettered 70 till his 3-under 69 in the first round on Thursday (US time).

He added rounds of 66, 67 before his closing 71 Sunday saw him finish on 15-under, just one in front of Ricky Fowler (67) and an almost-record-setting Jordan Spieth (64) a shot further back.

Youngster Cameron Smith was the best placed Aussie, closing with an 8-under 66 and tying 5th with three others on 9-under. The 24 year old is already assured of an Augusta National start next year.

Marc Leishman’s promising early run effectively ended Saturday and he finished Sunday with a 70 on 8-under alone in 9th place…. yet another top 10 in a major for the big Victorian.