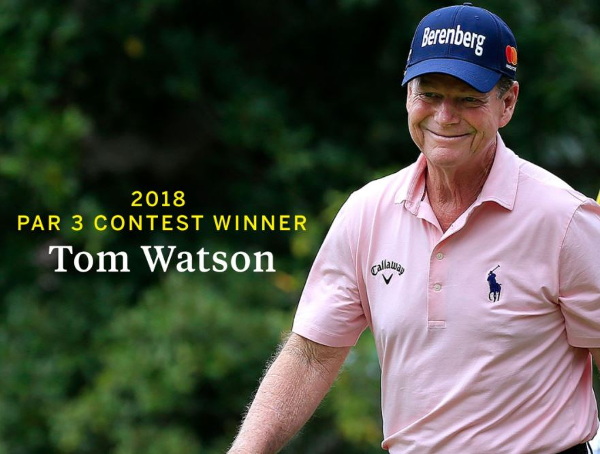 Eight time major winner Watson knew he was on a good thing with four early birdies and closed at 6-under, one ahead of England’s Tommy Fleetwood, to win the contest.

“Since I’m not playing in the tournament, I thought, ‘Let’s go for it this year,'” Watson said, reflecting the fact that no Wednesday winner has ever gone on to don the Green Jacket in the same year.

Watson, who won the Masters in 1977 and 1981, said his win might be a good sign for some of the “oldies” in the field, nominating Tiger Woods and Phil Mickelson in that category.

Watson played with long time sparring partners and now firm friends Gary Player (82) and Jack Nicklaus (78), whose 15 year old grandson “GT” set the trio – and the crowd alight – when the acting caddie was given a shot on the final hole and promptly aced it. 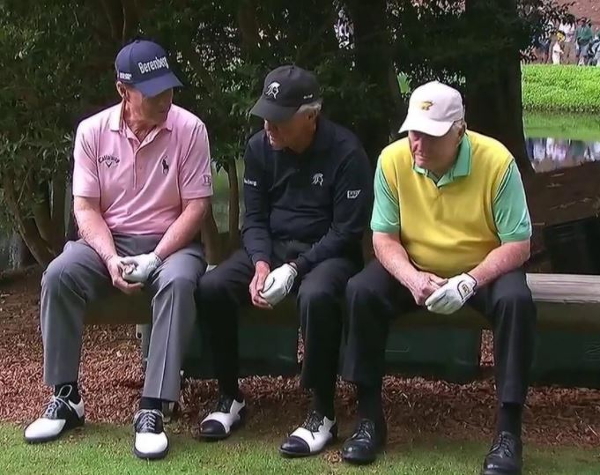 Nicklaus, who won the first of his six Masters back in 1963, was jubilant. (Nicklaus has 22 grandchildren and is trying to give them all a taste of the Par 3 comp).

“I can’t talk,” he said, choking up, “watching your grandson do something’s pretty special. I’ve got a few tears.”

Nicklaus said he had predicted the hole in one for his grandson.

“We talked about three days ago, and I said, ‘GT, do you want to hit the ball on nine?’

Gary was just as elated.

“This is probably my favourite week of the year, this is a special tournament. Golf is a sport that I love and for that to happen is unbelievable.”