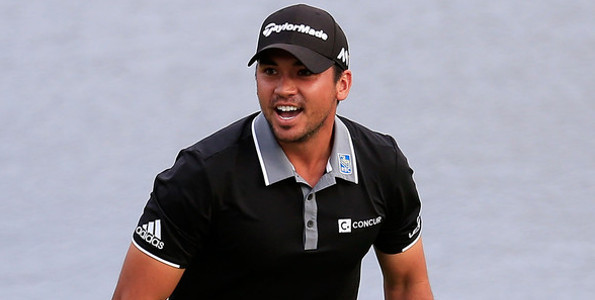 WITH the first Major of 2016 just around the corner Aussie golf couldn’t be in much better shape with Jason Day the latest hoisting a winning trophy aloft.

Day scooted to a quick lead in the first round of the Arnold Palmer Invitational at Bay Hill in Florida but things were looking a little tougher as the US PGA Tour event continued.

He went into the final round Sunday still with a two shot lead but the 28 year old wasn’t scoring with his usual prowess and he soon found himself being overtaken on a suddenly crowded leaderboard.

But the reigning US PGA Champion hung in there, producing some late magic with a birdie at the challenging par-3 17th and a clutch up-and-down from a bunker on the last to win his 8th TOUR title by one shot on 17-under the card.

“It means the world, just to be able to get it done when I wasn’t quite on,” said Day.

“I had a lot of emotions and feelings I haven’t dealt with ever since the BMW last year.”

“That’s a long time to miss those feelings and it was great to be able to be in contention, great to feel those competitive juices flowing.”

Day’s win caps off a five week stretch where an Aussie has picked up a title on one of the major Tour’s around the world each week.

Marcus Fraser got the ball rolling by winning the European Tour’s Maybank Championship Malaysia on 21 February.

Adam Scott then followed on by taking the PGA TOUR’s Honda Classic, followed by the World Golf Championship – Cadillac Championship.

“It’s been a wonderful five weeks for Australian golf, the depth of talent we have competing around the world is truly phenomenal,” said Brian Thorburn, CEO of the PGA of Australia.

“It’s a testament to the entire Australian golf industry. These champions have come through junior programs, been offered some of the best training in the world via our country’s elite programs and have wonderful PGA Professional’s coaching them.”

“For such a small country to have produced so many wonderful golfers is something we can all be proud of.”

The US Masters will tee off the 7th with Australia represented by 2013 champion Adam Scott, Day, Steven Bowditch, Marc Leishman and Cameron Smith, who will make his debut.

Scott followed his back to back wins with continued good form, finishing on 9-under tied for 12th. That includes two shockers on the 18th on the weekend, a triple on Saturday and a double on Sunday robbing him of a legitimate chance.

Meanwhile, Peter Senior had a good start to his US Champions Tour season, finishing tied for 21st at the Tucson Conquistador Classic.

America’s Woody Austin won the event with a final round 65 putting him on 16-under, one clear of fellow countryman Jim Carter and two ahead of Bernhard Langer.

Craig Parry finished near the bottom of the field and is taking time getting on his feet in his debut senior season.