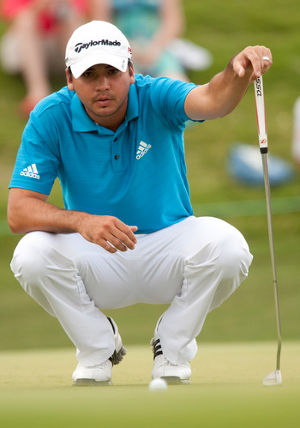 FOUR Australians have finished in the top eight at the US PGA Tour’s $A8.2 million Deutsche Bank Championship in Boston.

It was a somewhat disappointing result for overnight leader Day but he was among those blown away by long-haired 33 year old American Charley Hoffman.

Hoffman, ranked 132 in the world before the event, went on a final round birdie spree, racking up 11 in a spectacular nine-under-par 62.

He came from four shots back to win by five strokes with a 22 under 262.

“It was a class act and he never looked like doing anything but winning after about three holes,” his playing partner Ogilvy, who finished with an impressive 66, said.

“It’s going to be pretty hard to beat a guy who has 11 birdies. I had the best seat in the house to watch that.”

Ogilvy will be heartened by his own form whilst Day, who was full of praise for Hoffman’s “unbelievable” round, was disappointed he had not made it a closer contest at the end.

“Overall I’m disappointed with how I played today, but I tied second, I can’t be too angry. I’m just looking forward to next week, and hopefully I can do a little bit better next week,” the rising young Australian star said.