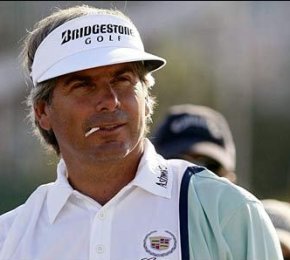 HEAVY rain caused the cancellation of the pro-am but organisers are hoping for a brighter weekend when 81 of the world’s top older golfers line up for the US Champions Tour’s 2012 Mississippi Gulf Resort Classic this week.

The field includes 28 includes 28 of the top 30 from last year’s Champions Tour money list and 16 players in the field who won at least one major championship on the regular tour.

The 53-year-old Lehman is winless in four events this season.

“When the season kicked off I don’t know that I was quite as ready and quite as prepared as a year ago,” Lehman said. “That’s really changing now. I’ve been working hard on my game and feel like I’m back on track.”

The pro-am was canceled Thursday after nearly 4 inches of rain hit the course.

Perry, who won the ACE Group Classic in Florida in February, said Fallen Oak reminds him of some of the more difficult PGA Tour courses because the penalty for missing the fairway is so severe.

“It’s a large golf course,” the 51-year-old said. “The worst, hardest bunkers I have ever seen, almost like hazards. Must stay out of the bunkers.”

Roberts, coming off a victory on Sunday in the Toshiba Classic, is hoping for a good personal showing with the weather expected ti improve over the weekend for the 54 hole event.

“This might be the toughest course on the Champions Tour,” Roberts said. “I really like this course for that reason.”

Couples is one of those with a hopeful eye being cast to the Masters in Georgia in two weeks time. He is scheduled to play in the Houston Open on the PGA Tour next week as a prelude yet another Masters start.

Peter Senior will be hoping to bounce back from what for him was a disastrous T43 finish in California last weekend.