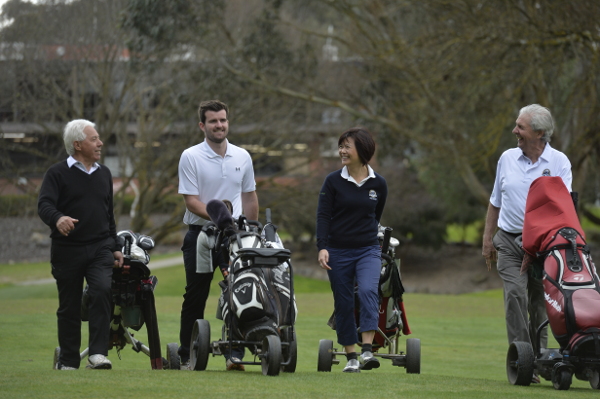 Perversely enough it has been thanks largely to Covid that Australian golf clubs have seen near record number of new members joining up this year.

With many activities restricted playing golf was seen by many as one of the best means of getting outdoors and away from daily stress and constraints.

A new report shows more than 42,000 people joined golf clubs in the 10 months to the end of October. The task at hand now is to learn the lessons of why they are playing golf, and to keep them engaged.

In its latest report “New member demand … The impact of Covid-19”, Golf Australia confirms the increase represents a surge in new membership demand of 126 per cent nationally – despite the lengthy Covid-19 shutdown in metropolitan Melbourne – and is on track for a five per cent overall annual rise, which would represent the best such number since 1989.

Golf Australia’s general manager of golf development David Gallichio was optimistic about the findings and the encouraging immediate results for Australian clubs and facilities, but highlighted the “critical” need for the industry to sustain the long-term interest.

“The numbers themselves are important right now,” Gallichio said.

“But what is paramount for the game’s future is for us to ensure the retention of the new members and players by extrapolating the data and taking those lessons to our clubs and facilities.”

The strongest growth has been among males aged 20-49 with almost 75 per cent of male membership growth from that cohort.

Gallichio said the research also pointed to the different ways new members were using their clubs.

In the corresponding six-month period in 2019, new members played 64 per cent of their golf at weekends.

“This year’s newcomers have switched that up to the point that only 56 per cent are playing across weekends,” Gallichio said.

And we’ve been excited to see a 133 per cent spike in new members in regional areas this year (to the end of October), too.

“These are just some of the lessons we have to take on as an industry to ensure that new members get the most value from their investment and continue long-term.”

Additionally, GA and the PGA have worked closely to begin development of a “membership attraction and retention” toolkit for clubs, facilities and PGA members, helping them to capitalise on this uncommon growth.

The Australian Golf Industry Council is fully invested in the initiatives with all member organisations to offer similar education packages to help their members deliver positive outcomes.

The report reveals that year-to-date October data (excluding Victoria) shows rounds eight per cent up on 2019 – and 22 per cent in the months May to October.

For this latter period, male and female rounds demand is up by 22 and 20 per cent, respectively.