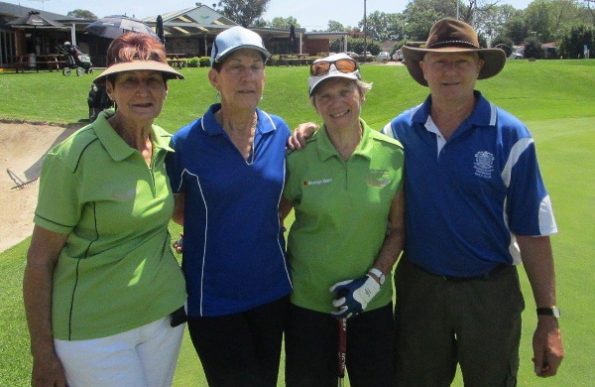 Richmond GC has seemingly taken a stranglehold on the ‘Club of the Year’ title in the Western Sydney Region Veteran Golfers Association (WSRVGA) Inter-Club competition, finishing at the head of the field again in the October event to move twenty points clear of second placed Wallacia GC.

Playing on their home course, Gary Tuckwell, Denis Jacobson, Leonie Manczak and Brian Holland shot the day’s best group total of 150 points, which may have lifted Richmond to an almost unassailable position with just one round left to play this year.

Jim Lyons (Richmond) continues to hold his challengers at bay in the men’s division and with 115 points, is in the box seat heading into the final round.