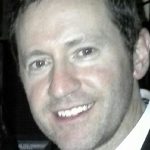 There’s so much that goes into staging an event of this size and scale. Members, staff and contractors swarm over the site, busying themselves with delivering a great experience for players, guests, sponsors and the general public. One such member has seen more than most when it comes to Australian Opens.

Geoff Everett has been involved in the tournament for 60 years. And at 82, still has plenty in the tank. He marshalled for most of those years at The Lakes, Royal Sydney and The Australian, a club he joined in 1981. More recently he took on the role of Locker Room Attendant, in probably the innermost of inner sanctums.

“I know all the players, so it’s easy to work with them. I handle requests, talk straight, and don’t tolerate poor attitudes.” He speaks with a twinkle in his eye, necessary when dealing with the various personalities in this private location. “Most of all I love being around golf.”

Everett signed up at The Lakes in 1952, while working in real estate at Bondi.

“My routine was: up at 5am, practise golf, go to work, collect the rents, then back to the club for more practice.  My game kicked on.”

Indeed. Everett racked up over 100 titles at club, state amateur and veteran/senior level, and regularly qualified for the Australian Open. He played it as recently as 1992. Did he consider turning pro? “No, I didn’t need the money, and besides, I wouldn’t be able to play with my friends.”

This last is Everett all over. He became a member at The Australian because most of his friends from The Lakes moved there. He plays with them six days a week, off a six handicap, and when one of them passed away, Everett took over the Locker Room role, with two others for company.

“We have a great time down here. It’s cool, for starters. The players mostly want some quiet time, a place to let off steam. And we let them. So we keep the place tidy, have caps and balls autographed for fans, and look after equipment. But it’s more than that. I love the club, the members and the tournament.”

Watching him interact with players as we talked was to witness a man with that rare combination of people skills: empathy, timing and warmth. Characters like this are few; fortunately, golf has more than its share.