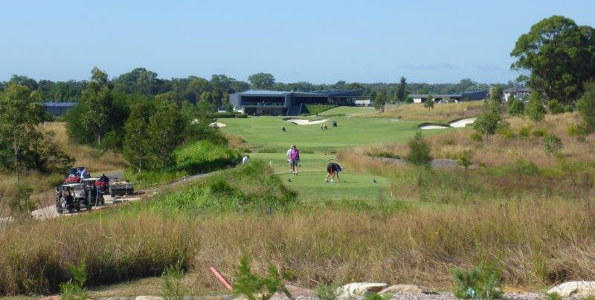 THE NSW Veteran Golfers Association Strokeplay Championship in western Sydney has gone from strength to strength and earlier this year was a sell out for the first time in its 24 year history.

Entries are now open for the 2017 edition which will be held in April at three great western Sydney courses.

As well as being the state veteran championship the event is now also part of the NSW Men’s Senior Order of Merit series and that inclusion helped to attract a number of gun players this year, including eventual champion Denis Dale.

But being a veteran’s event the championship is also conducted in three handicapped grades, with age divisions also in play.

The overall champion will be presented with the Des Coady Shield plus a voucher to the value of $400 (sponsored by Warren Saunders Insurance Brokers). There are lots of other prizes on offer in the various grades and age divisions.

With an entry fee of just $110 that includes green fees at the three top courses and presentation lunch it is understandable why the three day event has become so popular.

Tournament director Les Knox said the field would again be limited to 144 and advised those interested to get in early.

Knox says the 54 hole event will begin on Monday 10th April at Richmond Golf Club, with the second round on Tuesday at Glenmore Heritage Valley Golf Club, and the final round as now traditional on the Wednesday at the Greg Norman designed Stonecutters Ridge Golf Club (pictured above).