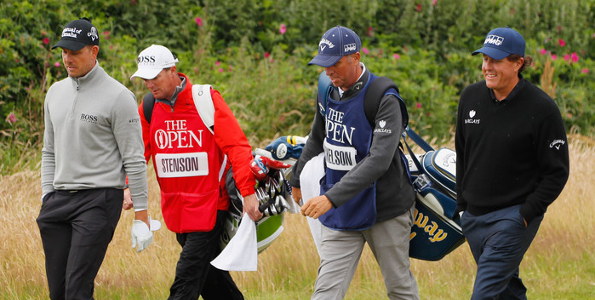 THE 2016 Open Championship final day loomed as a two man shootout after hopes of any Aussie challenge evaporated and Henrik Stenson and Phil Mickelson skipped clear of the field.

Stenson, looking for his first major, shot a third round 3-under 68 to go into the final round at Royal Troon on 12-under, one in front of Mickelson (71).

Bill Hass (69) was their closest threat back at 6-under whilst Jason Day (71) was the leading Aussie at 1-over.

Live Fox Sports coverage of the final round begins Sunday 6pm (AEST) with Jason Day due to tee off at 9.10pm with the final pair starting at 11.35pm