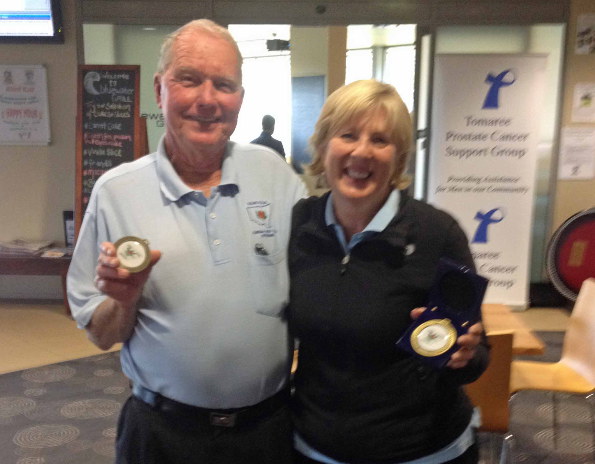 In the event that was played over 5 rounds at Tanilba Bay, Pacific Dunes, Karuah, Muree and Nelson Bay Golf courses the competitors compiled their best 3 scores for the final result.

The LADIES NSWVGA MEDAL winner was Jane Berriman from Tanilba Bay  with 101 points. Runner up on countback was Felicity May from Pacific Dunes , with 3rd place going to Georgina Hall from Karuah.

The MENS NSWVGA MEDAL  was won by Des Johnson from Karuah from Stan Sellick from Pacific Dunes and Ted Williams from Nelson Bay.

Pictured are the NSWVGA MEDAL winners Des Johnson from Karuah and Jane Berriman from Tanilba.