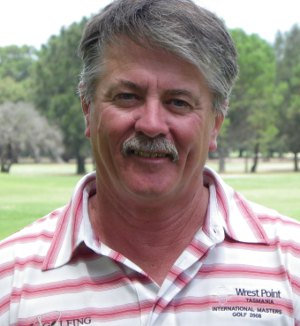 WHEN Greg Kent’s father bought his then nine year old son four old golf clubs and a “scabby old bag” he inspired a life long love affair with the game of golf.

After almost 50 years that love affair probably grew even stronger the other day when Greg won the 2011 NSW Veteran Match Play Championship.

“When I was nine my old man bought me a set of sticks, for one quid it was then, at an auction,” Greg said. “There was an old three wood, a three iron, a five iron, a scabby old bag and a putter and I’ve loved the game ever since.”

Greg was one of just over 70 golfers from across the state competing in the week long tournament for golfer aged 55 and over conducted on three courses in the Illawarra; The Links Shell Cove, Port Kembla and The Grange.

In the final round played at Port Kembla Golf Club last Friday he was up against the ultra consistent local golfer Ron Hall, a Port Kembla member who has made every final since the event moved to the Illawarra four years ago.

Hall’s match play tenacity is now becoming legendary, winning the event in 2009 on the 22nd hole and being runner-up twice in two very close finishes in 2008 and 2010.

“He played well,” Greg, who plays off a 1 handicap, said of his opponent. “He chipped very well. He chipped a lot of balls in close and made it tough but I putted well which was good. I knocked it on the greens and putted well all day so that was a bonus.”

Greg, a member of Charlestown Golf Club in the NSW Hunter region, was one up at the turn and made it two up soon after before the never say die Hall fought back to square.

Greg has also won the Bill Mead Match Play Championship conducted down on the Murray for the past two years and is a multiple winner of his club’s senior championship.

“I’ve been playing veterans golf for the last four years or so. I’ve really enjoyed it as a bit of an outlet,” he said.

He is also vice president at Charlestown and usually manages to play golf three times a week, including Sundays with his wife and son. 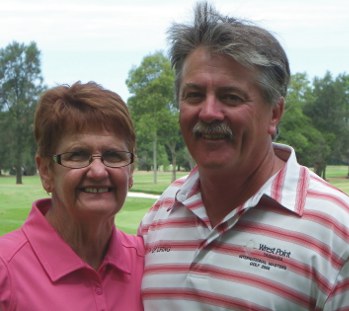 Wife Kath stole his thunder somewhat on the final day at Port Kembla by sinking her first ever hole in one, on the 144 metre par 3 third.

“She is very pleased with her hole in one,” Greg said. “They are rarer to get than a tournament win so she is very happy. She doesn’t drink so I’ll probably be doing the drinking for her tonight to celebrate.”

“It was very exciting,” Kath said afterwards. “It was just a straight shot and it just kept going and then all of a sudden it just disappeared straight into the hole. I always wanted to have one at my own club, but this is better. I’ve been playing for 20 years and that’s the first one. I’ve only got two more to catch up to Greg.”

Not to be outdone, overall Ladies winner Melita Watson from Branxton Golf Club also scored an ace on the par three 3 twelfth.

The NSW Veterans Match Play Championship has been played in the Illawarra for the past 4 years, this year moved from mid June to late February in search of kinder weather.

Low single figure male players compete in a scratch championship division whilst men with higher handicaps and the ladies play off their handicaps in a number of seeded divisions.

Tournament Director and NSW Veteran Golfers Association President Dick Farrant was delighted with the success of the tournament, saying a move to the Newcastle area next year was being considered as another innovation, with the event to then alternate between the two districts.

“We are thinking about doing it on rotation basis, possibly using courses like Charlestown, Meriwether, Waratah and perhaps even Belmont,” Farrant said.

“It just depends on the availability of the course and what fees they want to charge because I want to try and keep it at a reasonable fee level for the players.” 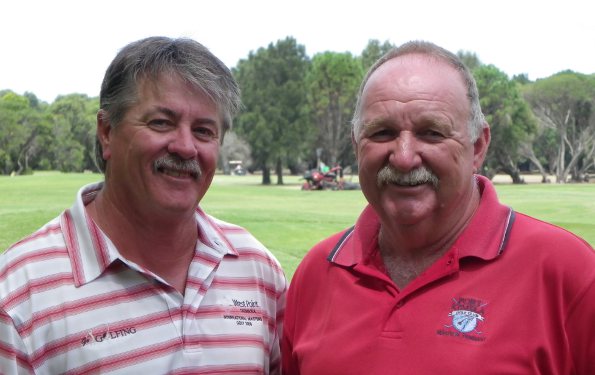