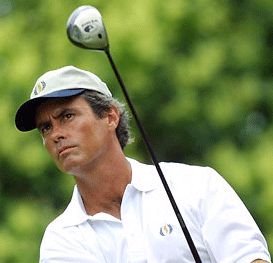 THE 2010 Handa Australian Senior Open tees off at Royal Perth on Friday with the debut of Ian Baker-Finch as a senior golfer one of the highlights.

Baker-Finch will be making his long-awaited return to competitive tournament golf after turning 50 late last month.

The 1991 British Open champion withdrew from the game in the mid-90s following an infamous psychological meltdown.

“It’s great to be here, I won my first tournament in Australia at the 1984 Western Australian Open, so I’ve got very fond memories of Royal Perth. I’ve been looking forward to this day for a long time”, Baker-Finch said this week.

“There is going to be some good golf this week from some great players. The standard across the field this week is far superior than last week in Melbourne. You have more Major champions and tournament winners here in Perth – we have Masters Champions, Open Champions, PGA Champions and Ryder Cup Captains. There is certainly a lot of competition and great players.”

Baker-Finch, who spends most of his time these days as a CBS commentator, doesn’t think that as a part-timer he will be the man to beat.

“As a senior I feel a bit more comfortable about competing, but that does not mean I think I will win every time or shoot 66 every day.”

He will be facing a field of competitors bolstered by the fact that the Open is now co-sanctioned by the European Senior Tour.

The Australian Senior Open in fact will be the opening event for the 2011 European Senior Tour, which will then move on to Japan.

Also continuing on from their close battle from Sydney last week will be WA’s 2010 Australian PGA Seniors Champion Lynsday Stephens and runner-up Delroy Camebridge from Jamaica.

The 2010 Handa Australian Open will be conducted over three rounds, Friday to Sunday, with a very healthy prize pool of $400,000 on offer.

The Open is the largest event on the E-Z-GO PGA Legends Tour in Australia.