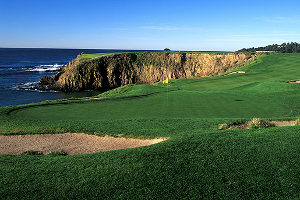 AUSTRALIA’S three top hopes in the US Open – Adam Scott, Robert Allenby and Geoff Ogilvy – will tee off together in the first two rounds of the Pebble Beach classic this week.

With blanket free to air television coverage beginning early Friday morning, you would hope the Aussie trio will get at least some air time focus.

It will be the first time in modern history that three Australians will play together in a world major.

The US Golf Association – the tournament organisers – have also lined up some other star studded trios and interesting threesomes.

Whilst most betting agencies have Woods as favourite, his form has been uncertain of late and Phil Mickelson is hot on his heels.

The Ten Network will provide extensive free to air television coverage of the US Open beginning on Friday from 3am on One HD Sports and from 8am on Ten.

One HD will be providing nine hours coverage of the first two rounds but the telecast begins later for the weekend rounds. Check your local guides or visit the Ten online tv guide.