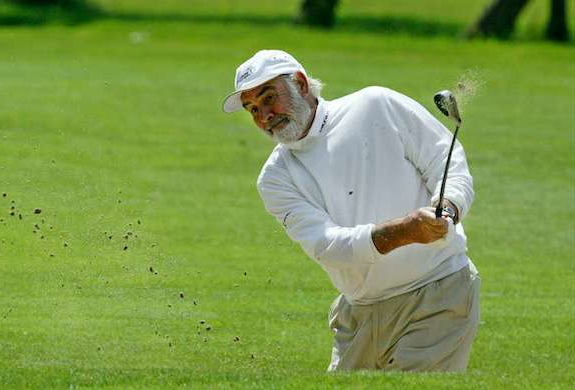 IT was sad to hear of the passing of legendary actor and renowned passionate golfer Sean Connery at the age of 90 the other day.

Connery was of course well known for his academy award winning acting career – including his seven James Bond films – but increasingly it was his love of golf that garnered so much attention.

Since Connery passed away “peacefully in his sleep” in his home in the Bahamas the tributes have been copious. Many have mentioned his passion for golf, such as from current James Bond star Daniel Craig, who commented: “Wherever he is, I hope there is a golf course.”

Connery’s death caused us to revisit a story we did back in 2008 on the release of his autobiography  “Being a Scott” on the occasion of his 78th birthday.

The story contained excerpts of Connery talking about the game that “would nearly take over my life”. Connery wrote:

“I never had a hankering to play golf, despite growing up in Scotland just down the road from Bruntsfield Links, which is one of the oldest golf courses in the world. It wasn’t until I was taught enough golf to look as though I could outwit the accomplished golfer Gert Frobe in Goldfinger that I got the bug. I began to take lessons on a course near Pinewood film studios and was immediately hooked on the game. Soon it would nearly take over my life.

I began to see golf as a metaphor for living, for in golf you are basically on your own, competing against yourself and always trying to do better. If you cheat, you will be the loser, because you are cheating yourself. When Ian Fleming portrayed Auric Goldfinger as a smooth cheater, James Bond had no regrets when he switched his golf balls, since to be cheated is the just reward of the cheater.”

The full story entitled “Golf, James Golf” [what were we thinking with that corny headline!] is here: