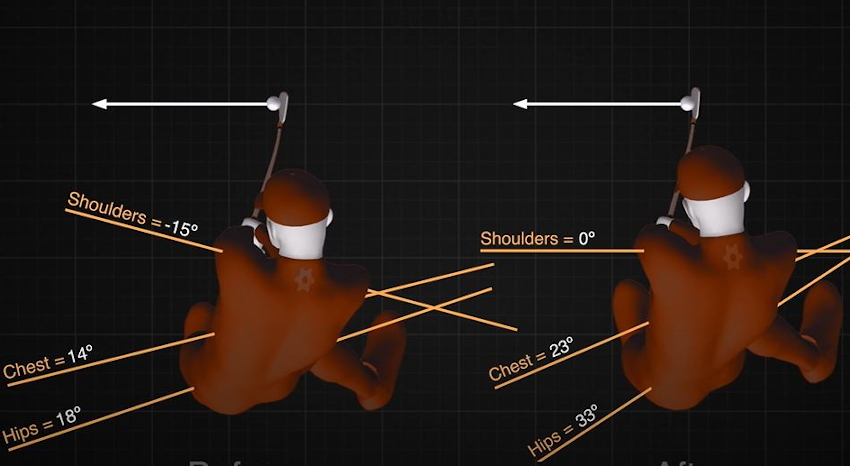 THIS is a fascinating new golf swing instruction video – as long as you’re not threatened by the sight a a man’s bottom cheeks pressed against a window pane.

It’s part of a series from Athletic Motion Golf demonstrating the difference between pro and amateur golf swings, and how the latter can begin narrowing the gap.

In it we see “John”,  a 50-something golfer with a single digit handicap who says he has a scratch marker short game but a double digit long game.

“John” presents to AMG for help, saying he knows a big problem with his swing is thrusting his hips toward the golf ball in the downswing but has given up trying to fix that common fault.