ERNIE ELS and his International team face off against American playing captain Tiger Woods and his star-studded team at Royal Melbourne Golf Club this week in the 13th edition of the Presidents Cup.

The biennial competition, which began in 1994 at Robert Trent Jones Golf Club in Prince William County, Virginia, USA, is in 2019 projected to be broadcast in 227 countries and territories, to approximately 1 billion homes, and in 32 different languages.

The US are defending champions, having defeated the International Team at Liberty National Golf Club in 2017, 19-11, and in fact Royal Melbourne was the scene of the only Internationals victory in 1998. Greg Norman and his team failed to repeat the dose against the Fred Couples led American team when the cup was played for the second time at the iconic sandbelt venue.

Both teams have lost key players with world No.1 Brooks Koepka pulling out of the American squad and Australia’s Jason Day announcing a back injury would mean his withdrawal. 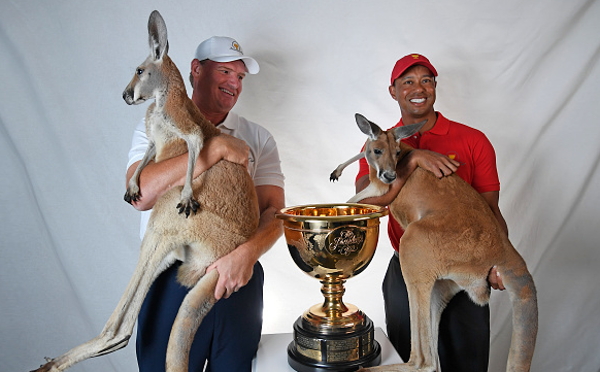 Presidents Cup competition consists of 30 matches. Host Team Captain Els chose to begin with Four-Ball for Thursday’s matches. The following segments will then alternate accordingly, with 12 Singles matches being played on Sunday:

All matches are worth one point each, for a total of 30 points. There are no playoffs, with each side receiving a half point if a match is tied after 18 holes. In a change inspired by the events of the 2003 Presidents Cup, if the competition is deadlocked at the end of Singles play, the competition will be deemed a tie and the teams will share the Presidents Cup.

Format Change: In 2019, a minor format change will be implemented, stating each player shall only be required to play a minimum of one match prior to the Sunday Singles matches. This is a change from previous years when players were required to compete in two matches prior to singles matches.