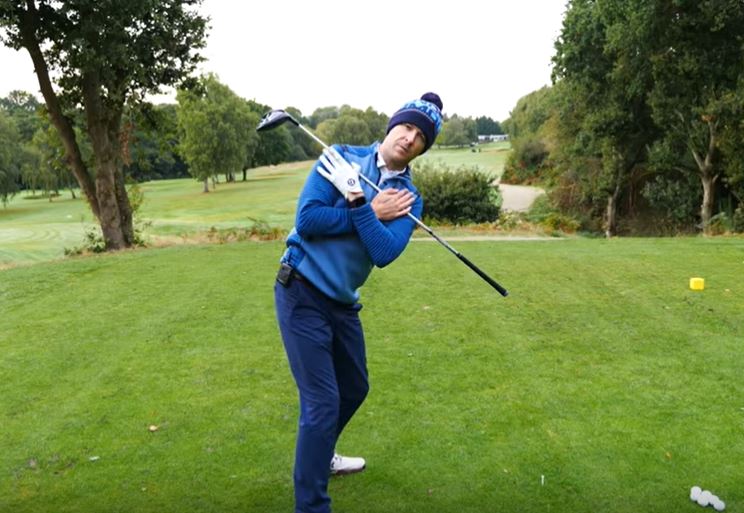 OLDER golfers struggling for distance and consistency often make the mistake of misunderstanding the difference between a shoulder turn and a full torso turn.

Maude, Head PGA Professional of Canterbury Golf Club, often works with older golfers and reckons the shoulder vs torso turn is a very common source of lack of power. He’s also very mindful of older golfers losing strength and flexibility and on ways to compensate for that in the golf swing.

As Maude says in this video “If you don’t make a torso turn you have nothing.”

We were a bit concerned during this video that Maude was making a way too exaggerated backswing move – especially for inflexible older golfers – but maybe that’s just part of overtly demonstrating his points. It all turns out silky smooth in the end.