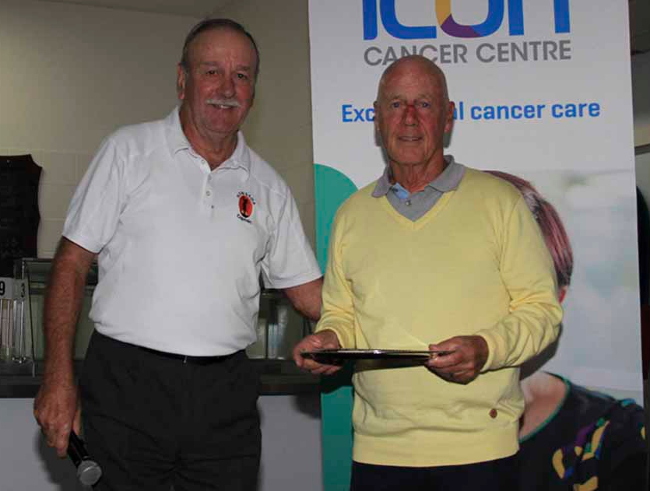 IT’S a group for older golfers that has been at it for some 17 years but the enthusiasm at the NSW Super Senior Golf Association (NSWSSGA) shows no sign of waning.

The association was set up in 2002 on the NSW central coast to provide match play competition for male golfers over 65 and has been ballooning and spreading the word ever since.

In 2019 that number is expected to be around 60 NSW clubs, with the competition now expanded to include nine divisions and take in teams from the Lower Mid North Coast, Hunter, Central Coast, Blue Mountains, Illawarra and Sydney regions.

The pennant this year will begin on August 5 and is due to conclude in October.

Each club entering selects a team of eight players to play singles match play off scratch.

At the end of the divisional rounds, the two best teams from each division play off in a seeded knockout finals series. The team that emerges unbeaten through the final series is crowned NSWSSGA Champion.

On Monday May 27 a record field of 116 players teed off in a 9am shotgun start.

There were scratch winners and runners up in each Division as well as Nett 1st, 2nd and 3rd.

Championship winner with the best scratch score on the day was Paul Connell from Forster Tuncurry who was presented with the Jim Earl Plate plus his own individual plate and a cheque for $300. Paul fired a great round of 78 off a 3 handicap.

Winner of the Best Nett Overall score on the day was Toukley member Rod Vesperman with a Nett 70.

There were around a dozen starters in the over 80’s division with the now 83 year old Barry Ewert recording the best net score. Ewart shot 82 off the stick for a net 71.

NSWSSGC Captain Martin Gallagher said the association continued to go from strength to strength and invited all those interested to consider entering the 2019 Super Senior Pennant, or the Super Senior Championship, which is held annually on the last Monday in May at Toukley.