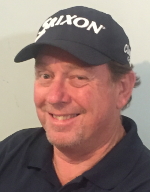 There’s one thing I know for sure. Yeah that’s right, just the one. It’s the fine line between a golfer playing freely on the US PGA Tour unaware of how much the winners cheque actually is because he has enough Johnny Cash in the bank to not only hear the train a-comin’ but to buy by the bloody thing as well.

Then on the other side of that thin line are the guys slogging away on the Web.com Tour shooting scores that are that low, you wonder if they are playing all 18 holes. These lads.com  are competing for roughly the same money I play for with my mates on a Friday arvo which always culminates in just enough to pay for the first bottle of red. I’ll let you imagine the cost of said red but you can rule out anything ending in the letters  “..ange”.

For example – When Vaughan Taylor was nudging his final putt into the 72nd hole for a 7 under total and a tie for 9th in the Genesis Open in February, across the other side of the country in the Web.com Tour’s Suncoast Classic, Vince Whaley was tapping his last putt in for 16 under and a tie for 7th.

Vaughan banked a cheque for $177,600 US and can now buy that Luxury yacht from Bertram he’s been eye balling for weeks. Vince is texting Vaughan saying he’d love to come for the launch and he will bring a slab of beer in his brand new Esky from Bunnings. 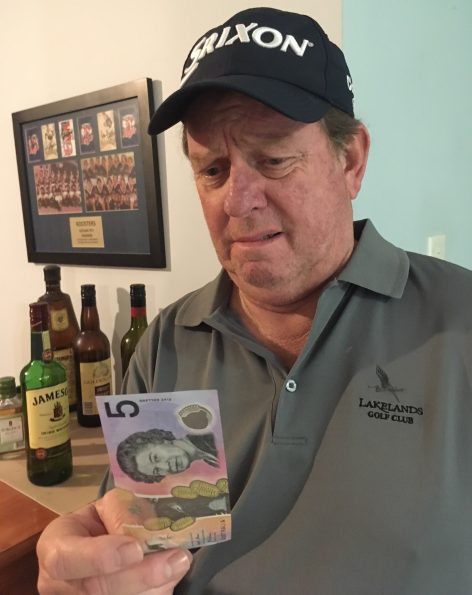 The slenderness of that line was never more evident when the week before the Masters, Corey Connors survived a 6 player, one spot playoff during the Monday Qualifying just to get a start. The smooth swinging Canadian went on to win the whole dam show and change his life forever. The 5 blokes Corey beat in that play-off which sadly included Aussies Nick Flanagan and Steve Allen were back home lamenting the whole thing on TV. Incidentally, there were 3 spots available that day –  two guys shot 7 under 65’s and six blokes carded 66.

In 2016 Connors barely scraped into the top 45 qualifier’s to gain access to the Web.com Tour for the following year. I won’t bore you with anymore stats and figures but its safe to say Corey’s scoring over that year wasn’t exactly catching too many headlines except maybe on page four of his Mum’s scrapbook. He did manage to score half decently when it mattered and wound up with conditional status on the big stage.

Suddenly, “ BANG” he squeezes past five others on Monday, plays better than anyone that whole week, and he’s now fully exempt on the Colosseum of golf and worth millions!

I’m not suggesting the guy can’t play! That final round of ball striking at the Texas Open, under pressure was as good as you’ll see. I’m simply pointing out there are dozens … maybe hundreds of others out there who are capable of the same thing but will never get the breaks at the right time. It surely is the toughest game in the world.

On a totally different fairway, when I was watching Corey Connors battle his nerves and some of the best players in the world to win that tournament, not once did I see him spit any nasty fluids from his mouth. With that kind of pressure to set yourself and family up for years, I would have had dreadful things involuntarily flying out of every orifice I owned.

Brooks Keopka on the other hand has no problems consistently making me sick to my guts as he launches a vile globule of phlegm from his cake-hole whenever he chooses … or wherever he feels is appropriate for that matter. The extraordinarily pristine fairways and tees of Augusta National look like they were prepared by Golf Course Superintendents using tweezers and razors. A player just taking a divot must be agonizing for them to watch but when the same player opens his gob and intentionally lets a filthy blob of mucus drip onto the pristine piece of famous turf, the hard working Super must surely be held back by the members from committing murder by gang-mower!

With some of the new rules for 2019 being massaged around to accommodate a couple of unforeseen issues why don’t we make a slight change to the Casual Water Rule – A free drop is allowed from any fluids on the general course … unless such fluids are left there by a grubby golfer who has no regard for where he is or how many millions of kids who dream of being him are watching.

In such a case the offending golfer is to be identified, disqualified and handed a sponge and bottle of pine-o-clean and escorted back to all the places he committed this disrespectful act … With a cameraman filming the whole thing and sending it live to every junior golf clinic on the planet.

Wow, glad I got that off my chest.

See you next month readers!!