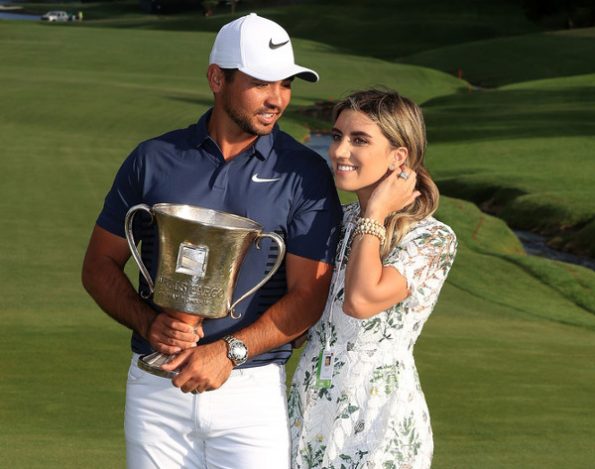 JASON DAY’S year is surging with his second US win of 2018 seeing him at least headed in the right direction in his goal of retaining his world number one status.

The 30 year old Aussie had slipped to 14th in the world rankings going into the Wells Fargo Championship at Quail Hollow in North Carolina, but jumped to 7th when the official new table was released this week. He will go into THE PLAYERS Championship this week brimming with confidence.

Day had a two stroke lead going into the final day in Charlotte … and that was how the tournament finished, but it was anything but a smooth ride.

Day had two bogies and three birdies on each of the nines and commented later that he didn’t know where his ball was going off the tee but was saved by his short game, labelling it one of the best wins of his career because of the difficulty involved.

Coming home he had two birdies in his final three holes to post his fourth 60’s score of the tournament, a 2-under 69 that saw him beat impressive young American Aaron Wise (68) and fellow countryman Nick Watney (69).

With 21 year old Wise in the penultimate group in front of him holding it all together Day needed something special down the notorious Quail Hollow closing holes and provided it in spades on the par three 17th – a hole that had only seen two birdies all day – when his tee shot rattled the flagpole and almost dropped for an unlikely ace. The resulting birdie saw him going down the last with a two stroke lead back in place.

“One of the best wins I have ever had,” said Day.

The win boosted Day’s confidence heading into The PLAYERS Championship at TPC Sawgrass this week.

Featured groups at what is regarded as golf’s “fifth major” will include Tiger Woods and Phil Mickelson playing together for the first time at the event in 17 years (plus Rickie Fowler) and young guns Jordan Spieth, Justin Thomas and Rory McIlroy. Jason Day has been teamed with Henrik Stenson and Sergio Garcia whilst Adam Scott tees off alongside Martin Kaymer and Si Woo Kim.

What a shot ?! This set up a second straight birdie for Jason Day, who heads to the 18th with a two-shot lead. pic.twitter.com/RZvQBQtniz