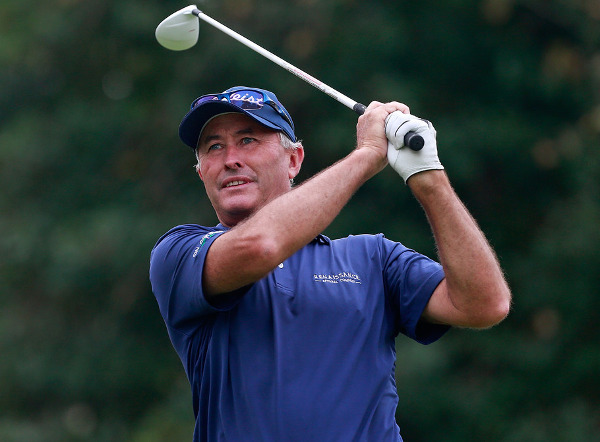 FIFTY year old Victorian David McKenzie is beginning to find his feet on the US Champions Tour, finishing T3 to standout winner Steve Stricker at the 2018 Rapiscans Systems Classic in Mississippi.

That equal’s McKenzie’s best ever finish on the over 50’s tour and is by far his best finish in just three starts this year.

McKenzie, who began his international senior career when finishing 9th at the Senior Open Championship in Wales last year, has five professional wins, including on the Web.com Tour in 2005.

Last year he made his way through Monday qualifying to contest several Champions Tour events but last week had the luxury of a confirmed start.

That may have helped with his 69-71-69 tournament performance, which saw him finish in a three way tie at 7-under, four behind Stricker, who has been a standout in his first senior year with two wins and a T2 in his three senior starts this year.

Australia hasn’t had a regular starter on the Champions Tour since the “retirement” of Peter Senior in 2016, but McKenzie has now moved to 30th on the Charles Schwab Cup standings, the magic number needed at the end of the year to qualify for a full exemption next year, and a spot in the season ending playoffs.