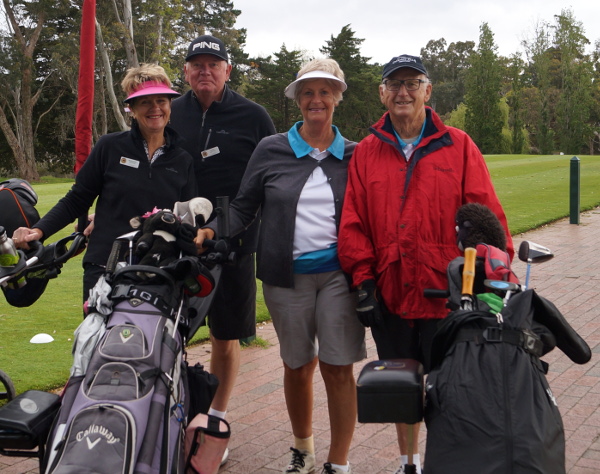 Golfers are happier, healthier, and more connected to their community as they age than the average non-golfer, according to a new Australian study.

As well as big benefits to individual golfers, the sport overall has a much greater economic, social, health and charitable impact than is often acknowledged, it was found.

The report, commissioned by Golf NSW, looks at the influence golf has in metropolitan and regional communities, on the ageing population, as a charitable contributor, and to the environment.

Researchers found golf is a multi-million dollar economic driver that delivers around $1.2 billion in social, health and charitable benefits across NSW and the ACT annually.

Stuart Fraser, CEO of Golf NSW, said the report underlined how important the sport is to the State’s economy.

“For a long time, the contribution golf has made in our community had never been fully understood or appreciated.

“There are over 360 affiliated golf clubs across Metropolitan & Regional NSW which employ local staff and source goods and services from local businesses.

“Those clubs provide training and employment to many and are important assets to their communities,” Mr Fraser said.

The sport plays a significant role in the long-term health of our ageing population. This role includes reducing the risk of chronic diseases, anxiety, and depression, as well as risks involved with physical inactivity including type II diabetes which is especially important to those aged over 45.

“Golfers are happier, healthier, and more connected to their community than the average non-golfer as they age,” Mr Fraser said.

The report also found charitable contributions made through golf clubs are significant and often under-reported in the media. The contribution made by Sydney metropolitan golf clubs alone is estimated at over $10 million per year, which would make the sport one of the top 20 largest philanthropic organisations in Australia.

“What the sport contributes to charities and other causes across the state is important and often done with a minimum of fuss.

“Most, if not all of our clubs, host charity golf days and they often donate the green fees or course hire as a part of their contribution to the cause.

“Whether it is a cancer fundraiser or ensuring the local bush fire brigade gets much-needed funds for vital equipment, our clubs and their members are always willing to assist,” Mr Fraser added.

Other key outcomes highlighted in the report include:

Golfers across the state were significantly more likely to volunteer within their community (73% to non-sport participants 19%).

Golfers had a much stronger connection to the natural environment than non-golfers.

Golf tourism has a net worth of about $136 million annually to the NSW economy.

The findings of the report have also been broken down regionally to highlight specific detail across New South Wales and the ACT.