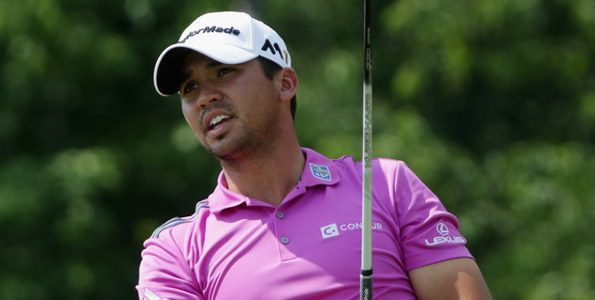 SUCH a shame to see Jason Day pull out of the 2016 World Cup of Golf and the Australian Open due to back issues but the decision is more than understandable.

In a week that was to see Tiger Woods make what seemed like his umpteenth return to tournament golf after his own back and other injuries the importance of long term health to a professional golfer is obvious. [Woods withdrew from the Safeway Open early this week after this article was originally published]

Day tore a ligament in his back towards the end of the 2016 US PGA TOUR season, forcing his withdrawal from the BMW Championship and the TOUR Championship, and has been advised to rest until 2017.

The prognosis for a successful return to playing is not at issue, but the timing of the long trip to Australia in the midst of his rehabilitation and rest period was not recommended.

Aussie golf fans haven’t seen the 28 year old since he won his first major and attained the world number one position. He was last in Australia when he won the 2013 World Cup alongside Adam Scott.

“I regret that I will be unable to come home to Australia this year. I was looking forward to playing in the Australian Open and teaming up with Adam Scott on one of my favorite courses Kingston Heath the following week at the World Cup in Melbourne,” Day said in a statement.

“My plan is to return home to Australia in 2017. My best wishes to all in Sydney at the Open and to Adam and Team Australia in Melbourne at the World Cup.”

In addition, Day was forced to withdraw from a charity match planned against former world No.1 Rory McIlroy to be played in the Philippines on November 29. The “Battle for a Cause” was set to raise significant funds in his mother’s homeland.

Adam Scott now has opportunity to choose his partner for the World Cup in November.

“It’s unfortunate to lose Jason from the Australian team for this event. I know many Australians were eager to see him return as World No. 1 and defend his World Cup title with Adam,” said World Cup Executive Director Matt Kamienski. “But Jason’s long-term health should always remain the priority. With some rest in the coming months, we hope that Jason will be back on the course at 100 percent and that we will see him in Australia in 2017. With Adam now leading the way, we fully expect the Australian team to remain one of the favourites in this year’s event, no matter what player he selects to go against what will remain a stellar and world-class field in one of the best events on golf’s calendar.”

The 2016 World Cup of Golf will return to a 72-hole, stroke play, two-man team event format.  The first and third days of competition will be the foursomes (alternate shot) format and the second and final days are fourball (best ball) play.