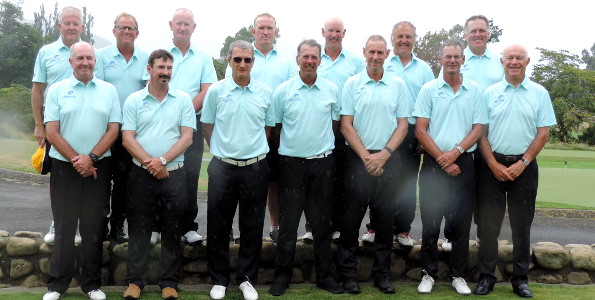 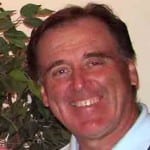 The Australian team arrived in New Zealand keen to reclaim the Sanctuary Cove Trophy that had been won and held by the New Zealand team for six of the nine years the event has been played.

This annual event began in 2007 and is played using the same format as the Ryder and President Cups. When played in Australia it is played at the Sanctuary Cove Golf Club while in New Zealand the venue is always one of the countries best courses. This year it was Royal Wellington.

As is traditional the competition started with the morning foursomes – six pairs representing each country. In a very convincing display the strong Kiwi team got off to a great start and won five of the six matches to take a commanding 5-1 lead into the afternoon fourballs.

Australia knew they had to lift and they did with a much improved team performance in the fourballs. The result was a three all tie and three points to each team. The Kiwis now led the Aussies 8-4.

A highlight for Australia on the opening day was the team of David Limbach and John Banting being undefeated after two victories, each in a nail biting finish. Limbach in particular, was in outstanding form on day one.

It was especially important for the Aussies to start well in the twelve singles matches and that is exactly what the leading players achieved taking four and a half points from the first five games. The early winners included Mark Pearson, Steve Toyne, Barry Tippett and Lester Peterson. Stefan Albinski finished square in his match. Perhaps an upset was on the cards?

As could be expected it was then that the Kiwis dug deep and they won the next three matches. The losing Australians were John Banting and David Limbach who could not find their day one form and Gordon Claney who lost an exciting match at the final hole after fighting back from 5 down in a very determined display.

The New Zealand team were now in a comfortable position with Australia needing to win all the remaining games. Not impossible but certainly a difficult task.

Wins to Peter Hannah and Greg Rhodes, a squared match by Ian Frost and a loss from Ian McPherson gave Australia two and a half points from the four games, At the conclusion of Singles play it was seven points to the Australians and five to the New Zealanders. It was a winning final day for Australia but not overall.

The Kiwis had hung on well to squeeze home by 13 games to 11, the same score as in 2015. Again a very close competition with the Kiwis winning by holing the all-important clutch putts. Matchplay is mainly about avoiding trouble off the tee and holing the vital putts and the New Zealand team once again proved to be just a little too good.

Albinski was dominant in the opening two rounds with scores of one under par 71 on both the Narooma and Bermagui courses. Hitting off at Narooma on the final morning Albinski had a comfortable five-stroke lead over Queenslander Peter Hannah and a seven-stroke lead over another Queenslander Steve Toyne. As often happens golf then threw in a few surprises.

Albinski had three bogies on the front nine while Hannah turned one under par and the lead was just one stroke. Toyne had slipped further back with his opening four over par. In other groups only Lester Peterson was playing well enough to be a possibility. He would eventually finish with a round of 73 and fourth place. There will be plenty of wins for Peterson in the coming years.

It was on the back nine that the excitement really began. Toyne showed what a great player he is with birdies on 10, 11 and 12 to get back in the match. Hannah continued to play par golf and when Albinski bogied thirteen he had a share of the lead. Toyne was still four behind but then birdied fifteen and sixteen. He had birdied five of the first seven holes on the closing nine

On the fifteenth hole Hannah had driven wide to finish in an awkward lie on the edge of the fairway bunker. He played a fine second to land in the greenside bunker not too far from the pin. However, the ball had buried deep in a grass bush “feature”. He had no real shot and finished with a double bogey. He had lost two strokes that would eventually make the difference.

Toyne was playing inspired golf and almost eagled sixteen and as the players left this par five Albinski led Toyne and Hannah by two strokes. All found the green on the uphill par three seventeenth.

Surprisingly, Albinski three putted from not too far away while the others safely parred. The lead was one with one to play and still anyone’s tournament.

Toyne and Hannah drove well and had clear shots to the par five green. Albinski pushed his drive and stopped just a metre from the steep gully and certain disaster. He had a swing and found the fairway with a well-played second shot.

Both challengers played strong second shots to be close to the green and had real birdie chances. Albinski’s third shot flirted with the bunker but finished on the green. Toyne pitched to twelve feet and Hannah to five. It would come down to these putts!

Albinski putted safely and had the par he needed and watched anxiously as both Toyne and Hannah tried to force a play-off. Both missed and the championship belonged to Albinski. A relieved champion but a deserved one.

The top four places were clear cut with a surprising six-stroke gap to the rest of the field. The top four had recently represented Australia against New Zealand and they will be part of future Australian teams for some years to come.

It had been a wonderful week of golf at Narooma and Bermagui Golf Clubs.